A life-long resident of the Outer Banks, Bryan Sullivan has been a PGA Professional for over 25 years. Bryan played collegiately at the University of North Carolina-Chapel Hill where he was an All-ACC selection in 1986 as well as a NCAA Collegiate All –American.  He was the winner of the prestigious North & South Amateur Championship in 1983. His Professional career includes two years on the Canadian PGA Tour and multiple events on the PGA Tour.

Bryan brings his highly skilled knowledge and experience to the lesson tee. He is available for individual or small group instruction. 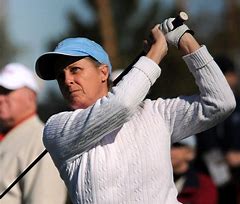 Cathy began playing golf at age 7 while living in Kitty Hawk, NC. Her Junior golf accomplishments include the 1980 Orange Bowl International and 1981 PGA National Junior Championship.  She represented USA on 2 PGA Junior Cup Teams and was a 2-time Golf Magazine All-American and 2-time AJGA All American.

Cathy played college golf for UNC-Chapel Hill before turning professional in 1985 where she won the Memphis State Intercollegiate.
She competed on the LPGA Tour from 1986 to 2006 and won 1990 DuMaurier Classic, an LPGA Major Championship. She also had 3 runner-up finishes while on tour.

The biggest influence in golf was her father, Johnny, a former PGA Professional and former golf coach at Wake Forest. Brother Clyde is a golf course architect and past president of the ASGCA. For 12 years, Cathy hosted the Cathy Johnston-Forbes Easter Seals/UCP Golf Tournament near Wilmington, NC.